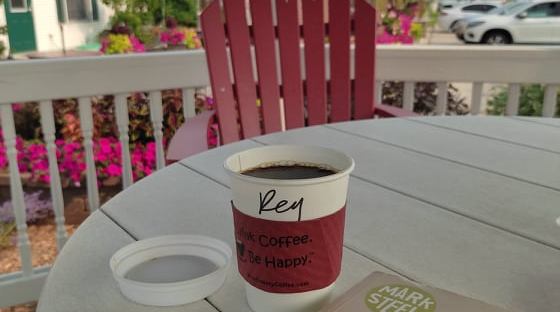 For the past three years I’ve had the luck to be able to spend my summers in America. Since I work as an English teacher in a preschool during the year in Paris, I have July and August off and prefer to return to Wisconsin so my daughter can enjoy fresh air, her cousins, and the beach close to my childhood home.

I always say I have the best of both worlds to be able to live in Paris during the year and still give my daughter a taste of childhood in small town mid-west America for a few weeks in summer. I don’t think I could choose between the two.

I love Paris with all my heart but if I can avoid staying there in summer (especially now during covid-19), I will! Too hot, not enough to do, pools are over crowded, many places are closed, and if you do get a chance to escape Paris to go to the south or the coast, you find yourself asses to ankles with all the other also Parisians on the run from the city. If I wasn’t a mother it would be different, but my one big complaint about Paris is that it is just not kid friendly. I don’t say it with disgust, it’s my decision to stay here and subject myself to it when I do have the option of moving in the suburbs.. but if I have the choice to not be here for it, I’m OUT!

Growing up next to a beautiful beach and always having a ton of water activities, Paris feels like a desert in the summer. There’s the Seine river of course, but its not like you can jump in it! And if you want to know hell on earth; try being on a crowded bus on a hot Paris day. This might come as a shocker to Americans- but AC does not exist in Europe like it does in the states.

On the other end, leaving my family in Wisconsin is always a heart breaker, even though I know I don’t want to necessarily live there. I guess everything I took for granted before I moved to France- the wide aisles in stores, attached garages and big cars, air conditioning, king sized beds, cash back with debit card purchases, 24 hour Walgreens, automatic opening doors, even air so fresh you want to gulp it up like a cool beverage on a hot day: all of these things I just appreciate even more when I am home to enjoy them.

Giving my daughter the opportunity to know both of these environments and cultures is one of the best things I can do for her as a parent. How many American kids can say they know what its like to hop on a bus and arrive at the Louvre within 20 minutes or eat a gourmet three course lunch at school daily? How many Parisian kids can wake up and go outside on the patio to catch frogs (my daughter’s favorite thing to do) or roast s’mores by a fire at night?

I thought about this often over the summer, especially since now at my eight year Paris anniversary where I finally feel really grounded in France. The best way I can explain it is that I consider Paris where my future is, but Wisconsin where my home is.

Paris Bouquinistes, (or lack thereof) 100 years apart ..
"She keeps her Moët et Chandon
Café terraces aren't the only sanctuary where you can rest your tired feet and watch the world pass on by.
I may not be amongst my people at Lambeau tonight for Green Bay's big game against the Lions, but I'd like to think this sacred prayer and my close proximity to the higher powers at Notre Dame Cathedral in Paris might help!
Place de Grève
Le Pantalon Bar
Chestnuts roasting on a .... ?
The Real FIRST Photo of a Human?
A Brief History of Paris Public Sanitation
Paris Photography - The View from the Pont Neuf in 1840's
✨ Belle Époque Trivia ✨
Vintage postcard I picked up today at my favorite local Paris antique shop @lilasantiquites.portroyal for 50 cents.
Loading Comments...
%d bloggers like this: